Breakdown of GHS Compliance In Canada

As you're probably aware, like the United States, the Canadian government is making changes to chemical classification and workplace hazard communication to meet the requirements of the Globally Harmonized System (GHS) for the Classification and Labeling of Chemicals. The goal of these changes is to standardize and make international chemical trade more efficient.

The GHS system makes many improvements to the previous WHMIS system: 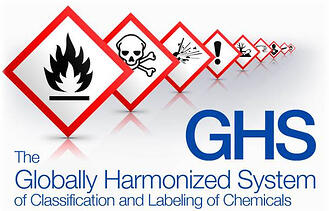 WHMIS 2015, Canada's new Hazardous Products Regulation (HPR), was finalized in January, 2015. This repeals and replaces WHMIS 1998, or the Controlled Products Regulations (CPR) and The Ingredient Disclosure List (SOR/88-64). WHMIS 2015 is structured to be similar to the United State's OSHA HazCom 2012 regulations. However, there are notable differences between the two standards.

It's important that Canadian chemical suppliers and distributors understand these differences and plan accordingly to meet the standard within the designated timeline.

Key Differences Between Canada's HPR and the U.S. OSHA HazCom 2012

Due to different constitutional and safety issues in the two countries, there are a few notable differences between Canada's WHMIS 2015/HPR and U.S. OSHA HazCom 2012 (HCS 2012) that you should be aware of in the Water Treatment product sector:

With the complexities involved, these changes won't be implemented overnight. The timeline for the new regulations and GHS compliance takes place over three phases, leading to a completion in 2018:

With this implementation, expect a more streamlined classification and labeling process for companies doing business in both Canada and the United States of America.

To stay updated on GHS compliance, be sure to subscribe to our water treatment to receive additional resources during this transition.